‘…for Pound there was a more specific – if obscure – meaning: ‘[The vortex was] that point in the cyclone where energy cuts into space and imparts form to it … the pattern of angles and geometric lines which is formed by our vortex in the existing chaos.’ Ezra Pound in a 1915 interview for the Russian journal Strelets, quoted in Rylands, ‘Introduction’, p. 23.

There is something indulgent and excitable about Turner’s paintings. Reminiscent of childhood pleasures playing in a ‘ball pit’. The unthreatening and overwhelming flood of light primary coloured plastic balls. That same joyous nature is intrinsic to Turner’s work; it is a visual swim in a pool of ‘popping candy’ delights. 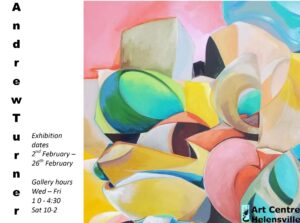 This exhibition contemporizes the traditional methods of knitting, using his own hand built French knit tool Jeff signifies this practice in his own interpretive approach. 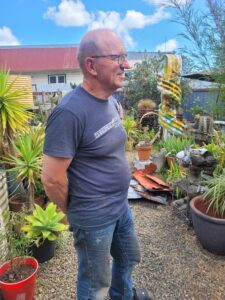 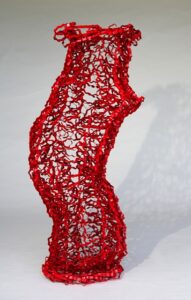 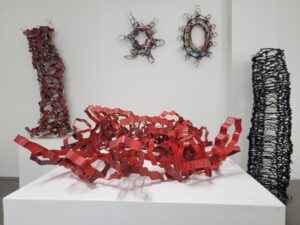 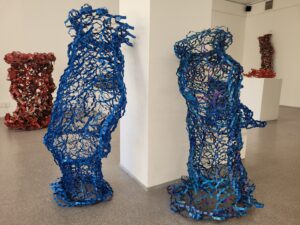